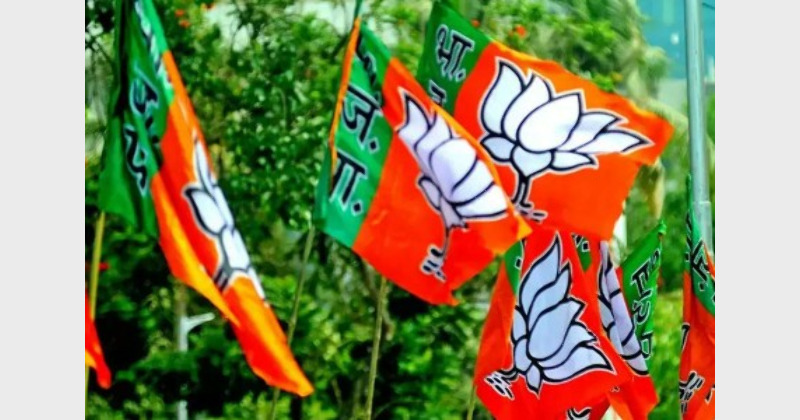 Big victory of BJP in 5 seats in Vidhan Parishad elections

In the Maharashtra Legislative Council elections, BJP has won five seats, giving a strong blow to the ruling Mahavikas Aghadi. Breaking 21 votes of the ruling party, BJP got 134 votes in this election. Leader of Opposition Devendra Fadnavis says that this victory has been achieved due to huge dissatisfaction among the MLAs towards the government.

The victory quota in this election was fixed at 26. There were 11 candidates in the fray for ten seats. Among the five BJP candidates, Ram Shinde 30, Srikant Bharatiya 30, Praveen Darekar 29, Uma Khapre 29 were declared victorious in the first round. Fifth candidate Prasad Lad got 17 votes. After completing his quota in the second round, he was declared the winner. In Mahavikas Aghadi, Sachin Ahir of Shiv Sena got 26 votes and Amsha Padvi got 26 votes. NCP’s Ramraje Nimbalkar won by 29 votes and Eknath Khadse by 27 votes. Congress brother Jagtap won in the second round. Former Congress mayor Chandrakant Handore was defeated.

In this election, Chief Minister Uddhav Thackeray had made all the bets for Mahavikas Aghadi, they failed. There is anger among the MLAs towards the Chief Minister, which resulted in the victory of the BJP in the elections. Ten days after the defeat in the Rajya Sabha, the defeat in the Legislative Council is threatening the very existence of the Mahavikas Aghadi. A few days later, there is an election of Mahanagar Nigam in Mumbai. The BJP’s morale is high with the defeat of the former Congress mayor and the victory of the Bharatiya Janata Party’s Mumbai MLA.

After the victory, former Chief Minister Devendra Fadnavis said that there is a wave of Prime Minister Modi in the country. Maharashtra is with them, this victory has made it clear. Now the struggle will continue till a people-oriented government is brought in Maharashtra.