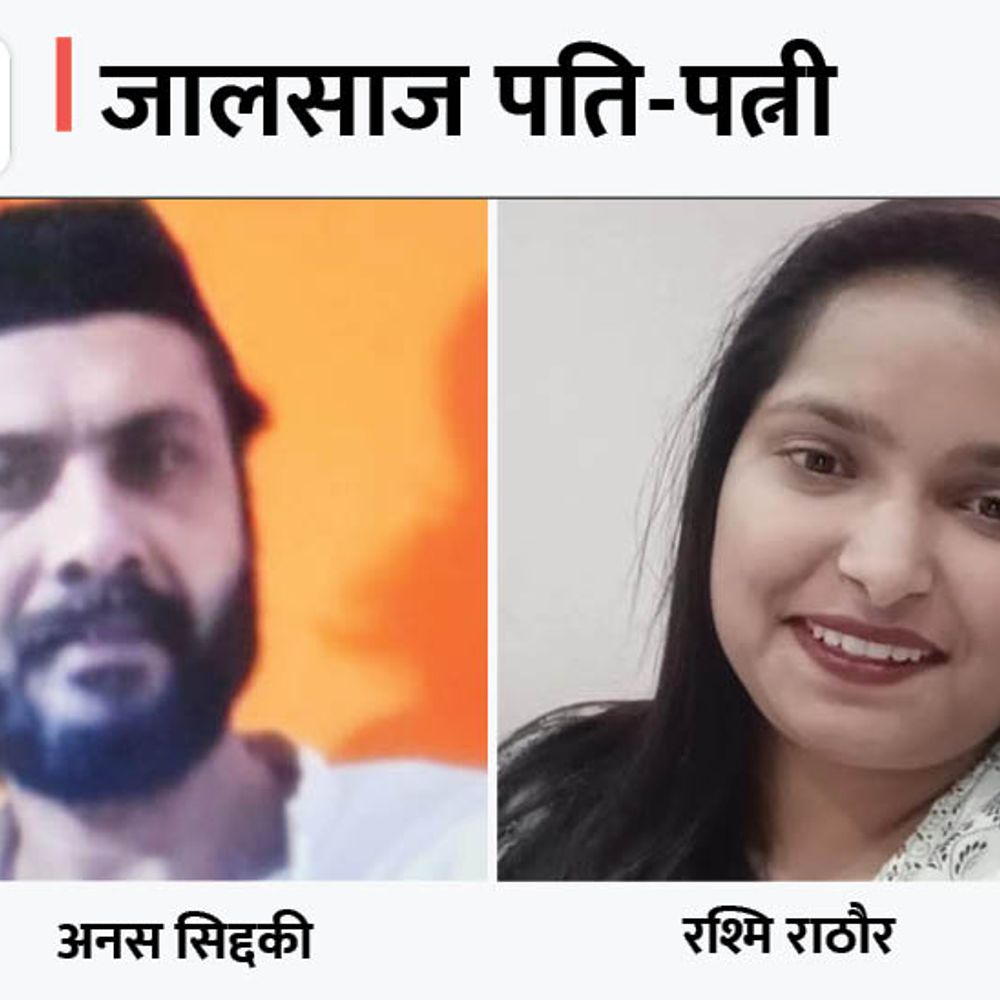 Bhopal’s Bunty-Babli cheated in Indore: sold a rented car for 2 lakhs, cheated the traders of Pune and Nagpur by showing wheat-sugar factory

MIG Police has caught a woman. He had cheated his own friend and sold the car to someone else on a rent agreement. When the police got information about the woman and her husband, it came to know that both of them are famous in the name of Bunty and Babli in Bhopal. Many traders have also complained to him regarding business deals. Complaints are also registered against both of them at Jahangirabad police station in Bhopal.
TI Ajay Verma told that his friend Rashmi Rathore was caught on the complaint of Sagar Vishwakarma, who worked in a private company in Indore. Rashmi had sold Sagar’s car in Bhopal for two lakh rupees by talking about rent of 20 thousand rupees per month. When the police interrogated her, it came to the fore that she previously lived in Kohefiza, Bhopal. She married a man named Anas Siddiqui. Both started cheating with the people. Anas is still absconding in this case.
Traders of Pune and Nagpur were also cheated
SI Ram Shakya took out Rashmi’s mobile number and account details. In which it was learned that she and her husband Anas also cheated the traders of Pune and Nagpur. In Nagpur, Rashmi cheated two traders of eight and six lakhs by taking a broker named Mohan. In this, the Pune-based company had blocked its account. But some money was transferred by Rashmi to her account. In the case, Rashmi had cheated by telling a direct conversation between two mills of Bhopal. In which the complaint of the case has reached the Jahangirabad police station.
Babli makes her disappear by selling the car
During the interrogation of the police, it was revealed that Rashmi used to get a duplicate key made of her while taking the car. After negotiating the car with someone, she used to make the car disappear. Later, she used to deal that car with another person. He has done similar fraud of many cars. In the matter, the MIG police has called the complainants and said to complain.
Wheat and sugar factory showing on video call
There is information about Rashmi that she is very clever. She used to go to many wheat and sugar mills as an agent of a big company. From there, she used to make video calls to the traders and tell her mill. Then after taking some advance money in the accounts, she used to send photos after packing the goods in fake vehicles. After that she cheated and ran away. According to the police, the names of Rashmi and Anas’s accomplice Aqeel and others have also come to the fore in this case. Those who will also be arrested soon.