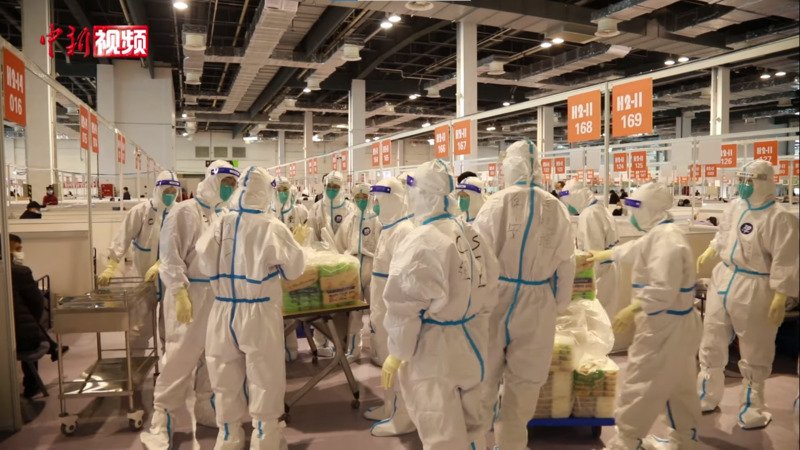 Beijing’s COVID Policies Are not Healthy – The Geopolitics

Difficult to gauge in a country without political polling, but there does seem to be an almost palpable sense of opportunity lost.

The Whac-A-Mole approach to fighting COVID and achieve zero spread is as ridiculous as it is frustrating. In Beijing certain buildings are put into strict lockdown on the flimsiest of evidence while residents in those less than 10 meters away can go about their business unhindered. This unbending approach is driven not by health concerns but politics. President Xi Jinping and his backers believe that the defeat of COVID is vital for his reputation and continued leadership. It has caused unnecessary food shortages and financial insecurity for those forced to stay at home for a King Cnut-like policy that cannot succeed.

Economic growth is taking a battering. If this crisis continues Xi’s coronation, “seizure of the throne” to secure an unprecedented third term at a November congress may not transpire as smoothly as planned. In both the economy and fighting COVID, Xi has concentrated power on himself, and away from the Politburo Standing Committee that allowed some, albeit limited, policy flexibility or at least debate on issues. No marches or demonstrations on the streets but there is unease among the public. For the first time since 1980 Chinese people are experiencing an overly intrusive government demanding mass testing and lockdowns. This is reminiscent of the Great Leap Forward (1958-1962). That drive to ovetake the steel output of the United Kingdom and establish a purer form of communism than in the Soviet Union led to widespread starvation. The country knows only too well the pitfalls of one man setting the agenda.

The days of a surging economy are over. For decades the people have been told “we will overtake America”. In some measures purchasing power parity, they already had. Now that goal is the great unmentioned.

Even with a looming recession in the US, China is in no position to achieve global undisputed economic leadership.

There are other factors that come into play. Russia’s invasion of Ukraine has seen energy prices soar and the domestic property bubble has burst. Unemployment among urban 16 to 24 year olds is at a record level of more than 18 per cent.

Retail sales have plunged 11.1 per cent, car sales have halved and the urban unemployment rate (which excludes migrant workers who come from rural areas and are not properly documented in the cities and therefore do not receive social services) rose from 5.8 per cent in March. to 6.1 per cent in April and then down to 5.9 percent in May.

One consequence of this is that the position of the United States as the world’s supreme economy is now unchallenged. One should never underestimate that ability of those who occupy Washington’s fractious corridors of power to curtail economic growth and inflict self harm. But it won’t be the Chinese who mastermind a US downfall.

The currency seems to confirm the worst. The yuan has lost about 7 percent of its value against the dollar in the last three months. Investors feel uncomfortable about keeping money in China because of COVID restrictions and better rates in the US.

The country’s workforce is shrinking rapidly, a consequence of the now lifted one-child policy but it faces other significant headwinds. It has suffered reputational damage in the last decade and is viewed suspiciously on world markets. Ten years ago an exclusive trade deal with China would have been applauded by many countries. Now, due to attached conditions, it is more likely to be avoided.

China’s arable land is down about 6 per cent compared to a decade ago. Water scarcity is a growing problem because of unhindered industrialization and pollution.

Of course, China can recover and China will recover. This is a country that continuously defies the odds. Considering the challenges it has faced in the last century, rebooting its economy seems almost mundane. But it still needs reform and that has been sidelined under Xi because further liberalization, vital for an innovative economy, is deemed to threaten the party’s status.

The party once seen as the champion of the economy is now viewed as a hindrance to growth. Resolving this conundrum will shape all our futures.

[Photo by 中国新闻网, CC BY 3.0, via Wikimedia Commons]

Tom Clifford is an Irish journalist in Beijing. The views and opinions expressed in this article are those of the author.