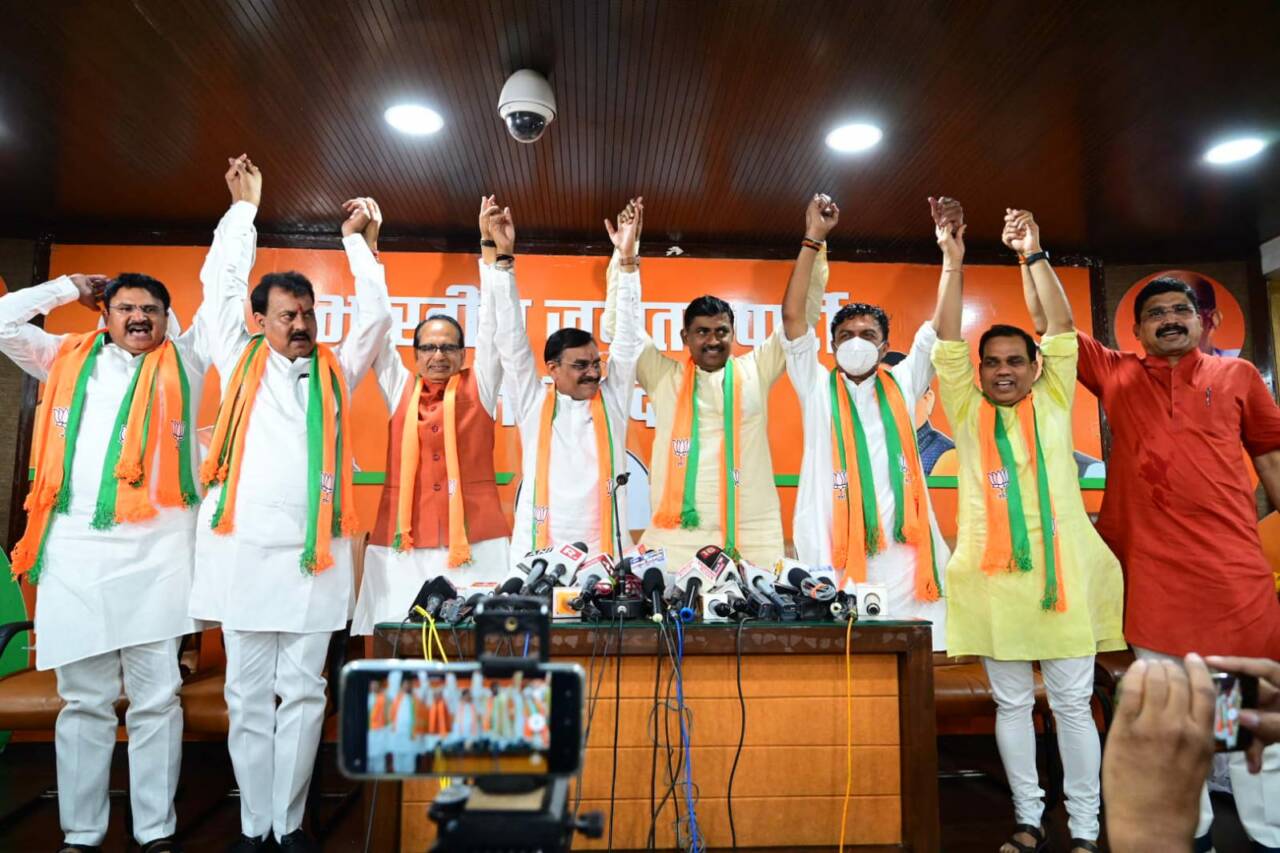 Before the presidential election, one SP, one BSP and one Nir

Before the presidential election, the family of BJP MLAs has increased in Madhya Pradesh. MLAs from one independent and two other parties have joined the BJP. Chief Minister Shivraj Singh Chouhan on Tuesday in the party’s state office BSP MLA Sanjeev Singh Kushwaha, SP MLA Rajesh Shukla (Bablu) and Independent MLA Vikram Singh Rana to join the BJP. Party’s state in-charge Murlidhar Rao, state president Vishnudutta Sharma and other office bearers were present on the occasion.

The notification for the presidential election will be issued on Wednesday. Earlier, MP Rajesh Kumar Shukla from Bijawar assembly seat of Chhatarpur district and BSP MLA Sanjeev Singh Kushwaha from Bhind and Independent MLA Vikram Singh Rana from Susner seat of Agar Malwa reached BJP office on Tuesday morning and took party membership. Members of Lok Sabha and Rajya Sabha and members of state legislatures participate in presidential elections. The joining of all the three MLAs in the BJP before the presidential election will benefit the party and will strengthen the BJP on the basis of strength of numbers.

On this occasion, Chief Minister Shivraj Singh Chouhan said that I warmly welcome MLA Sanjeev Kushwaha, MLA Rajesh Shukla and MLA Rana Vikram Singh who joined BJP today in the Bharatiya Janata Party family. Under the guidance of party national president JP Nadda and state president Vishnudutta Sharma, we will do our utmost to serve the people. We will not leave any stone unturned in the sacred work of development of the state and welfare of the people. He said that all the three MLAs wanted to work with the BJP from the beginning and today they have joined the BJP family. BJP state president Vishnudutta Sharma welcomed the three MLAs to the party.

After joining the BJP, MLA Sanjeev Singh Kushwaha said that he is a member of the BJP family. They were lost for a while, but today they are back. Joining the BJP is a matter of pride for him. MLA Rajesh Shukla said on this occasion that in 2018 he thought that he wanted to contest elections from BJP but it did not happen. He has joined BJP for the development of Bundelkhand and his constituency. MLA Rana Vikram Singh said that after winning the independent elections in 2018, he wanted to stay with the BJP, but when Shivraj Singh Chouhan refused to form a government without a majority, he did not join the BJP. After the formation of BJP government in the state, he remained with the government and Chief Minister Chouhan gave all possible help for the development of his region.