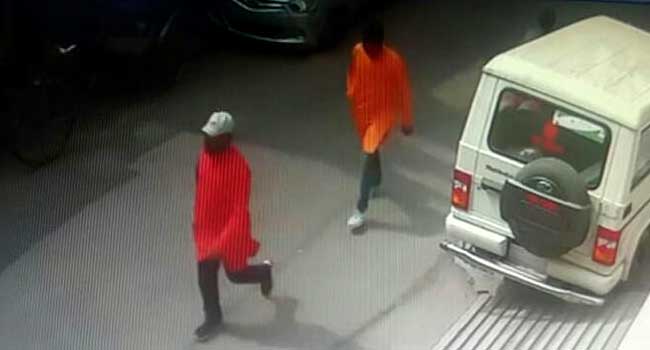 Bail plea of ​​the accused in the murder of Kamlesh Tiwari

Hindu Samaj Party District Court rejects bail plea of ​​accused in murder of BJP president Kamlesh Tiwari Rejecting the second bail application of the accused Asif Ali, the Additional Sessions Judge of the District Court of Prayagraj said that it was clear from the case diary that the accused had stated in his statement that he was the General Secretary of the Minority Democratic Party Vidarbha. Uploaded a video on YouTube on October 25, 2017 titled “Kamlesh Tiwari is close to death”. Given the circumstances of the case and the gravity of the crime, bail is not sufficient.

Explain that the crime of Hindutva leader Kamlesh Tiwari was that he had made remarks against the Prophet in the year 2015. The Muslims had earlier ordered the terrorists to kill him. After the arrest of those terrorists in the year 2017, a conspiracy was hatched to kill them once again. He was brutally murdered on October 18, 2019 in Lucknow. The murder accused Yusuf Khan and Syed Asim were prosecuted under the National Security Act (Rasuka) in Lucknow.

In the year 2017, two terrorists were also involved in the murder of Kamlesh Tiwari. The case was opened when the Gujarat Anti Terrorist Squad (ATS) arrested two terrorists. Both were in contact with a foreign handler. By showing the video of Kamlesh Tiwari to these two, it was told that this man has to be eliminated.

After the assassination of Kamlesh Tiwari, the then Director General of Police, Uttar Pradesh OP Singh had stated that “from the beginning we feared that its wires were connected to Gujarat. Our team also went to Gujarat. We approached Gujarat on the basis of a box of sweets. Lucknow and Gujarat police coordinated. Faizan Yunus was arrested from the sweet shop from which the box was taken. In addition, Maulana Mohsin Sheikh, Rashid Ahmed was taken into custody and interrogated. In the deliberations, it has become clear that these three were involved in the assassination of Kamlesh Tiwari. “