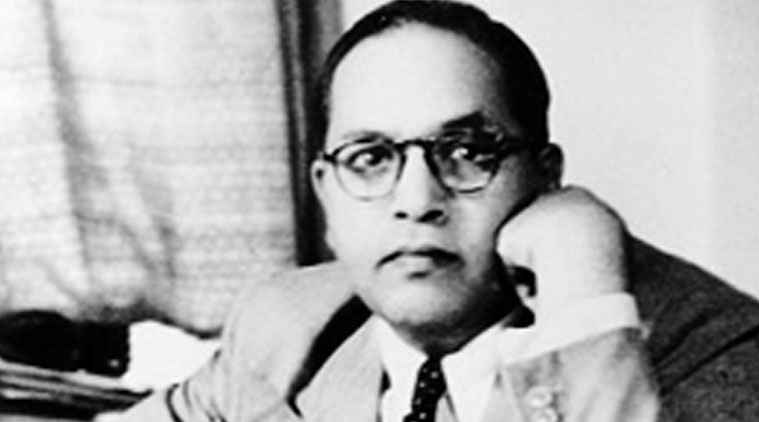 Babasaheb Bhimrao Ambedkar, who has a good understanding of the reality of politics

Bharat Ratna Dr. Babasaheb Bhimrao Ambedkar had a better understanding of the rough reality of politics than his contemporaries. They understood the reality of slogans and jokes very well. He not only saw-heard-read but also experienced the humiliating sting of caste discrimination and untouchability. He had a keen eye on the complex social problems of the time. He tried all his life to find a solution. But it is noteworthy that they wanted to solve them not from an alien point of view, but from an Indian point of view. He lived his life with the dream of building a harmonious society based on freedom, equality and brotherhood. The beautiful image of those dreams can be seen in the format prepared in their leading role. Their work to give justice and respect to Dalit-exploited-women is enough to give them greatness.

They were deeply connected with the native-land-soil-air-water of India. That is why he considered the establishment of a classless society of communists and dialectical materialism as just an ideal. Even in those early days, he had a vision to differentiate himself from the situation and environment of the country. Addressing a rally in Maharashtra in 1933, he said, “Some people are spreading propaganda about me that I have joined the Communists. It is fake and baseless. I can never meet communists because communists are cunning by nature. They do politics in the name of workers, but trap them in a vicious cycle of exploitation. This is evident from the Communist rule so far. Not only that, while commenting on the foreign policy of the Nehru government, he said that our foreign policy is completely crippled. We cannot pass on India’s great parliamentary tradition to the Communists in the name of non-alignment. We have to create customs according to our great tradition.

He first criticized the Nehru government in 1952, saying that it had made no effort for permanent membership of the Security Council. He made it clear that “India is a natural contender for the UN Security Council on the basis of its great parliamentary and democratic tradition.” And the Indian government should make efforts for this. “In 1953, he warned the then Nehru government that” China is establishing dominance over Tibet and India is not taking any initiative for its security, India will have to suffer serious consequences in the future. ” The Chinese occupation of Tibet was very vocal and the then Nehru government was pressured to raise the issue on the world stage.

He was critical of Nehru’s voice in taking the Kashmir issue to the United Nations. He made it clear that “Kashmir is an integral part of India and any sovereign nation can settle its own affairs without taking its internal affairs elsewhere.” Speaking to Sheikh Abdullah on Article 370, he said, “You want Kashmir to be annexed to India. Citizens of Kashmir should have the right to live and settle anywhere in India, but the rest of the Indians should come and go in Kashmir.” . As the law minister of the country, I cannot commit such betrayal and betrayal with the country. Despite Nehru’s consent, his humble response to Abdullah was an excellent example of his courage and patriotism.

Progressive and all-encompassing thinking is also reflected in the fact that he provided evaluation-analysis every ten years to continue the system like reserves. This can only be done by a person who puts the interest of the country above caste-class-community.

Regarding the separatist movement started by Jinnah and the widespread support of about 90 per cent Muslims for the doctrine of bi-nationalism, he said: “The general attitude of Muslims all over the world is that they are loyal to their holy nation. Places, prophets and religions. The Muslim community cannot easily blend in with the national society. He will always think of his religion before the nation. “Hardly anyone in Indian politics at that time had such a clear and unequivocal view of the radical and radical thinking of the Muslim community towards religion! After the division on the basis of religion, the then Congress leadership ) Although they did not agree to stop them in India.

In this regard, he wrote a letter to Gandhiji expressing his opposition. Surprisingly, at that time the Muslim population was 22 per cent of the total population of India and out of that 22 per cent only 14 per cent Muslims went to Pakistan. Eight percent of them stayed here. Ambedkar did not hesitate to equate such a large area of ​​a united India for such a small population. Not only that, she also vehemently opposed practices such as the burqa and hijab, highlighting in detail the real status of women in Islam. He believed that when the Hindu society adopts a corrective attitude towards the prevailing customs in a particular period, there is not only indifference but also negativity towards the reform movements in the Muslim society.

It may be mentioned that Dr. Ambedkar visited the programs of the Sangh three times. He was the chief guest at the annual function of the Sangh convened on Vijayadashami. There were about 610 volunteers in that program. Urgently asked by them, they were pleasantly surprised and satisfied when they found out that 103 of them belong to deprived society. Seeing the spontaneous relationship and harmonious behavior among the volunteers, he asked the union and Dr. Hedgewar was publicly praised.

Annoyed and suffering from the untouchability and discrimination prevailing in the then Hindu society, he definitely changed his religion along with his followers. But there is also an understanding in their conversion. And it’s not that he did all this by accident and quick reaction. First, he conducted all social awareness programs at the private level, repeatedly appealing to the then socio-political leaders for good behavior, justice and equality for the deprived-exploited society. While all of this did not have a far-reaching effect, somewhere two years before his death, he converted to Islam with his followers. But it is noteworthy that he converted to Buddhism of Indian origin, while all aspects were being thrown away to attract him and his followers. The lure of money and power was being offered. But he was well aware that India’s Sanatan Dhara was more acceptable, scientific and democratic than imported currents. His progressive and all-encompassing thinking is also reflected in the fact that he provided evaluation-analysis every ten years to continue the system as a reserve. This can only be done by a person who puts the interest of the country above caste-class-community.

It would have been better if all the political parties and leaders in his name had assimilated his ideas in the true sense and the idea of ​​a harmonious society could have come true by learning from his intellectual-political point of view.

(The author is a thinker and columnist)