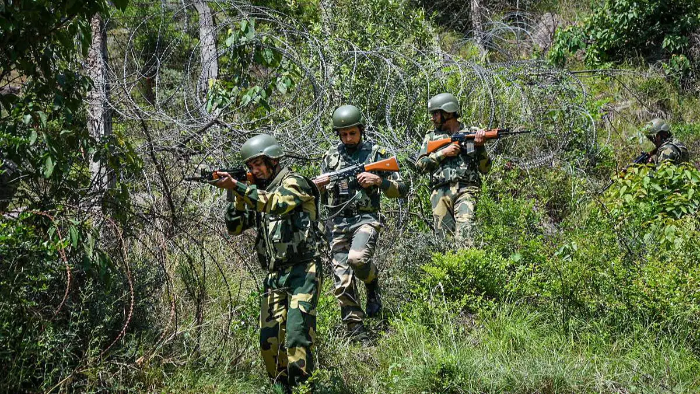 Attempt to infiltrate Jammu and Kashmir, 300 terrorists present at launch pads across the border

The melting of snow in the high mountainous areas of North Kashmir has increased the difficulties of the security personnel deployed there. According to reports, four terrorist launching pads have been activated across the border. There is intelligence that the terrorists present here are looking for infiltration as soon as they get a chance. Therefore, vigilance has been heightened on infiltration routes. More than 300 militants are present on cross-border launching pads trying to infiltrate the Kashmir Valley, according to inputs given to security forces by intelligence agencies.

Raja Babu Singh, IG BSF, Kashmir Frontier, said, “We are stepping up surveillance in these highlands after the snow melts.” Sources say about 125-150 terrorists are trying to infiltrate from across the border. The army and the BSF have ensured that the terrorists are eliminated and the situation in the valley is very peaceful. All new technology equipments have been provided to the border guards. Patrolling on the LOC has also been increased. The hills are being patrolled day and night. Different patrol teams are patrolling every 24 hours.

According to the BSF, our life on the LOC is being protected at all times and there is no possibility of infiltration in the area. On the other hand, security forces have stepped up counter-terrorism operations in the plains of Jammu and Kashmir. At least 47 terrorists have been killed in various encounters in 2022. Following the killing of an intruder a few days ago in Naushera sector of Rajouri district of Jammu division, it is now being suspected that the terrorists are desperate to infiltrate.

Meanwhile, to review the LOC and review the Army’s readiness, Army Commander, Northern Command, Lieutenant General Upendra Dwivedi visited the front military installations on the LOC in the Kashmir Valley and met with the troops stationed there. Lieutenant General Upendra Dwivedi urged the officers and men to remain vigilant and vigilant at the Line of Control.