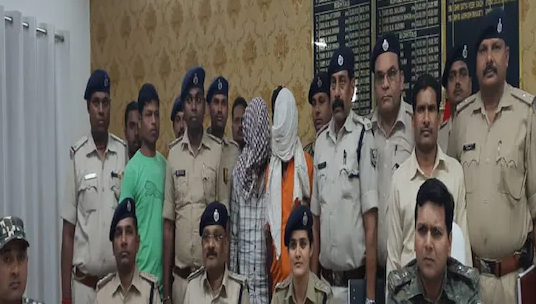 Arrest of notorious Naxalite Vijay Arya, from many states

Notorious Naxalite Vijay Arya was arrested by Rohtas police on Wednesday from a house in Samhuta village in Rohtas police station area. One of his accomplices has also been arrested along with his asylum seeker. Police in Jharkhand, Uttar Pradesh, Chhattisgarh and Madhya Pradesh have been searching for him for some time.

This information was given by SP Ashish Bharti in a press conference at the office of the Superintendent of Police late on Wednesday night. He said Vijay was active in the Rohtas police station area of ​​Kaimur hill in Rohtas district. He said there were reports of dangerous Naxalites hiding in the district. Following this, under the guidance of Magadha IG and Shahabad DIG, Rohtas and Aurangabad police arrested Vijay from Samhuta village. Vijay along with his partner Rajesh Gupta were working on an action plan to expand the organization in the village.

Vijay was trying to unite the Naxalites by trying to propagate and revive the Naxalite activities. For his arrest, a special team was formed in coordination with the SPs of Rohtas, Gaya and Aurangabad, including a team of local police and SSB. During the raid, the police team arrested Vijay Kumar Arya alias Dilip alias Amar alias Yashpal, a resident of Karma village in Koch police station area of ​​Gaya district and Umesh Chaudhary, a resident of Samhuta village in Rohtas police station area.

His son Ganga came here with his partner Rajesh Gupta to revive the Vindhyachal Zonal Ad Hoc Committee. There were plans to recover and recruit new Naxalite organizations. He has been living in this village for the last 2 days. The SP said that during the search, many Naxalite documents including hard disks, pen drives and tablets were found in his possession.

It may be noted that the arrested Naxalite Vijay Gaya was working in Rohtas district besides Aurangabad, Kaimur, Jharkhand and other states of Bihar.