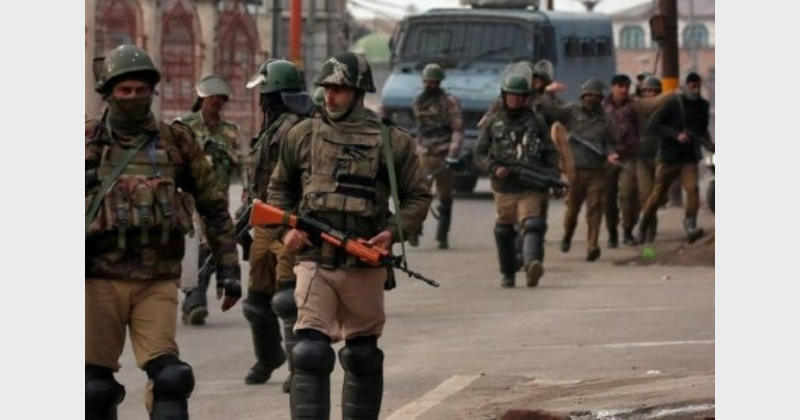 Army strikes on terror, many terrorists in last 48 hours

Intensifying the attack on terror, the police have arrested a dozen terrorists and their helpers during the last 48 hours. These arrests have been made under the operation being carried out from Kathua district of Jammu division to Kupwara district adjacent to the Line of Control of Kashmir valley. All the arrested terrorists and their helpers were in constant touch with the terrorist commanders stationed in Pakistan-occupied Kashmir.

A senior police official said that underground workers, helpers and supporters of terrorists active in the state are being identified. Many of them are also in constant touch with terrorists active in the state. He said that during the investigation of various incidents of target killings, it has come to light that the terrorist masterminds sitting in Pakistan are giving priority to using only new terrorists for these incidents.

He said that during the last 48 hours, the police have arrested more than a dozen terrorists and their helpers at various places in the state. The arrests took place in Srinagar, Baramulla, Kulgam, Anantnag, Jammu, Ramban, Udhampur and Kathua. All those caught were directly or indirectly involved in terrorist and anti-national activities. All these people were in constant contact with some other terrorists besides Sajjad Gul, Aashiq Nengaru and Arjamand Gulzar sitting in Pakistan through internet media and other means. At the behest of terrorists sitting in Pakistan, they were inciting boys for terrorist activities in the name of religion in many places in the state. Apart from recruiting them in terrorist groups, they were also involved in carrying out various terrorist activities.