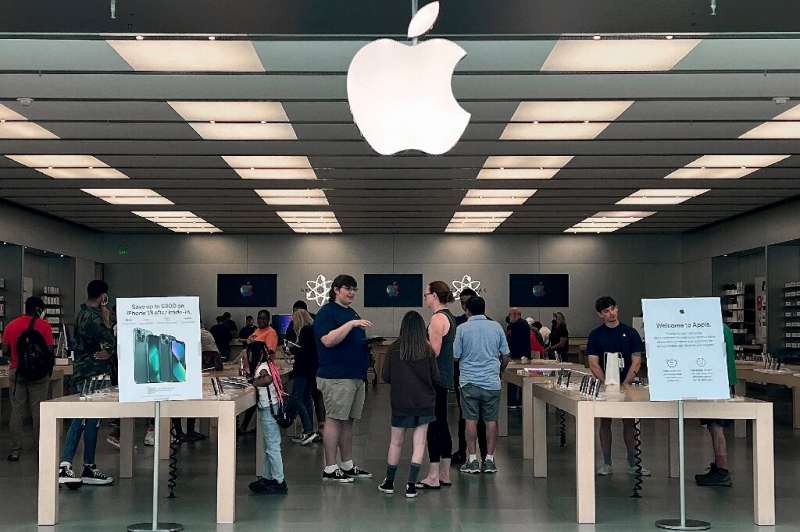 Over a dozen women accused Apple of mishandling sexual misconduct claims they lodged while working for the iPhone maker, according to a Financial Times report out Thursday.

The 15 current and former employees of the Silicon Valley giant reported either being retaliated against or getting a disappointing or counterproductive response from the company.

Apple did not immediately reply to a request for comment, but told the newspaper that it works hard to investigate misconduct complaints and added that it would make changes to its training processes.

Sexual harassment or discrimination scandals have rocked Silicon Valley in the wake of the #MeToo movement, which spurred action over the tech industry’s male-dominated culture, attitudes and behavior.

One of the women cited in the story, Megan Mohr, was inspired by #metoo to report to Apple in 2018 that a male colleague had removed her shirt and bra and photographed her after a night out drinking together while Mohr briefly fell asleep.

After speaking with human resources about her claim, the company noted the worker’s conduct was potentially criminal but did not violate any policy in the context of his work at Apple, the story reported.

She quit her job in January, after 14 years at the firm, and is now asking the company to take a hard look at its policies, the report went on to say.

The women interviewed for the story make up a fraction of the some 165,000 people the firm employs globally.

Another woman cited in the story, Jayna Whitt, penned a blog post in which she said a romantic relationship with a fellow Apple attorney had gone bad and become dangerous.

She said the man was unstable, physically violent and emotionally abusive, but when Whitt told Apple, the firm advised her to call the police if she felt unsafe.

Her complaint to the company about the man’s behavior eventually resulted in her being reprimanded for allowing a personal relationship to interfere with her work, Whitt’s blog post says.

Apple is not the only big tech firm to face accusations about abuse or handling of misconduct claims, game studio Activision Blizzard and Elon Musk’s Tesla have both been roiled by lawsuits.

Six women sued Tesla in December, alleging a culture of sexual harassment at the electric carmaker’s California plant and other facilities that included unwanted touching, catcalls and retaliation for those who complained.