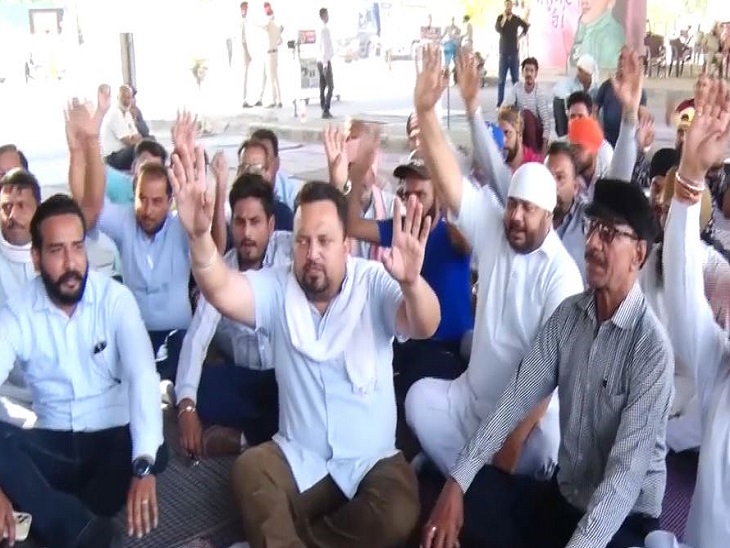 The ruckus over the casteist remarks of former Punjab Congress President Sunil Jakhar on the former Chief Minister of his own party is not stopping. The SC community, protesting against Sunil Jakhar, blocked the road by staging a dharna at Amar Shaheed Sant Ramanand Chowk. Jakhar, of course, also apologized for his remarks and made it clear that his statement was misrepresented. Despite this, anger is increasing in the SC community.

The SC community had already announced its protest. Earlier, the SC Commission has taken action against Sunil Jakhar. The commission gave strict instructions to the Jalandhar Police Commissioner to investigate and register a case against Sunil Jakhar within 15 days. If he is not able to do so, then he himself or his representative will have to appear before the SC commission and answer. At the same time, the people of the community are seeking immediate action. Community leaders say that they have been protesting for so many days and are sending memorandums through officials. Police is not taking any action in this matter. Police should immediately take action against Sunil Jakhar and register a case.

SC brotherhood sitting on a dharna on the square

Former Chief Minister Charanjit Singh Channi had taken a tough stand on Jakhar’s remarks. He went to Delhi and met Rahul Gandhi and expressed his anger in front of him. Along with this, he also gave a list of anti-party statements during the election of Sunil Jakhar with his complaint. The Congress high command had sent it to the party’s disciplinary committee. Taking cognizance of this, the disciplinary committee has issued 15 days show cause notice to Sunil Jakhar. Answer has been sought from Sunil Jakhar. After Sunil Jakhar’s reply, action is sure on him.