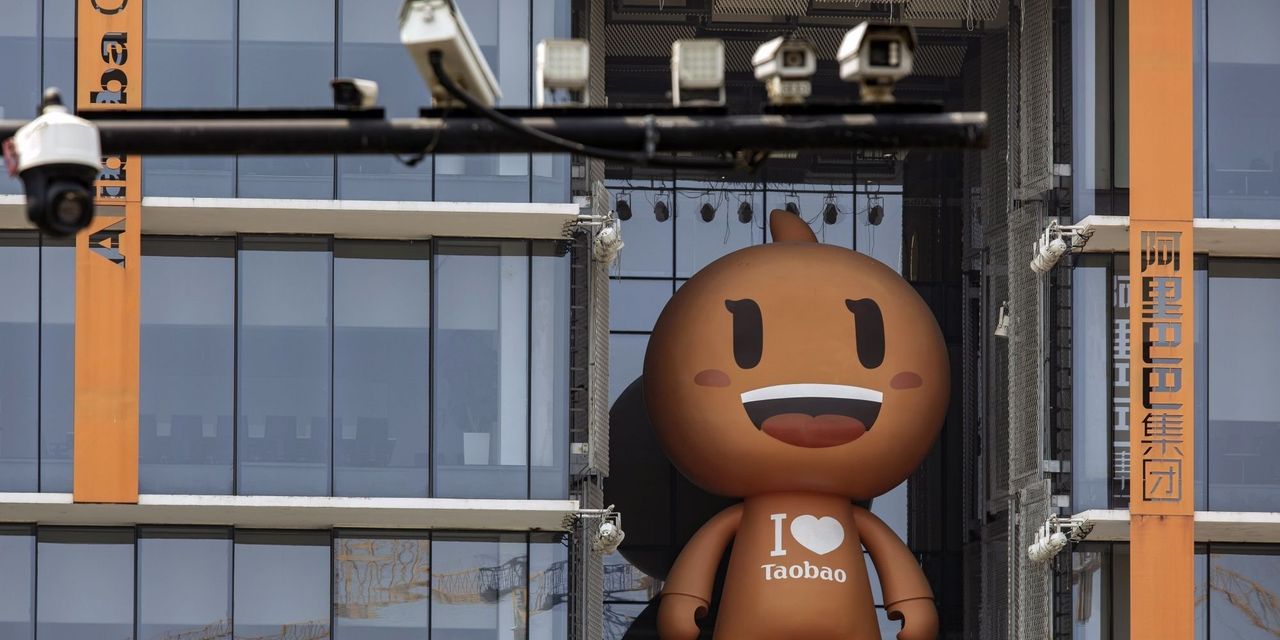 Group Holding Ltd.’s once-inexorable growth has finally run out of steam, as China’s leading e-commerce firm failed to post revenue growth for the first time since its 2014 listing.

Revenue for the April-June quarter fell 0.1% from a year earlier, to the equivalent of $30.7 billion, the company said Thursday, highlighting economic pains from China’s stringent Covid-19 restrictions. The drop was slim, though still notable for Alibaba, which for years has been among China’s fastest-growing technology companies.

Alibaba blamed China’s Covid-19 outbreak for the revenue slip, saying its bread-and-butter domestic e-commerce business was hit by pandemic-related disruptions to supply chains and logistics in April and May.

“Although we are seeing signs of steady recovery in consumption, I think it will take more time for that to fully play out and for consumer confidence and sentiment to fully recover,” Daniel Zhang, Alibaba’s chief executive, said in a call with investors.

Alibaba’s American depository receipts closed 1.8% higher at $97.43 on Thursday after the company beat analysts’ expectations. They have fallen around 50% over the past year.

China’s economy slowed down considerably in the April-June quarter, recording its weakest growth rate in more than two years, as the country stuck to its zero-tolerance policy to combat Covid-19. Gross domestic product expanded at a 0.4% annual rate.

“‘Following a relatively slow April and May, we saw signs of recovery across our businesses in June.’“


Much of the hit on the economy in the last quarter was concentrated in April, when lockdowns were most widespread. The financial and export hub Shanghai was locked down for some two months until the beginning of June.

More recently, local governments across China have grown more adept at controlling Covid-19 outbreaks swiftly and with fewer disruptions than in previous months. Retail sales rose 3.1% in June from a year earlier, bouncing back from a 6.7% fall the previous month and showing significant improvement from April’s 11% plunge.

In the US, tech companies such as Amazon.com Inc.

that thrived through the pandemic as more life and work shifted online have consistently reported slowing growth recently. Inflation and global uncertainty around issues from Russia’s war on Ukraine to the persistence of Covid-19 have made individuals and businesses more cautious.

In China, stalling growth amid an economic contraction has propelled tech companies to focus on cost-cutting and optimization. Executives said Alibaba would continue cost control in coming quarters.

Mr. Zhang said Hangzhou-based Alibaba has hired more than 6,000 college graduates this year. But its overall staff has shrunk. As of June 30, Alibaba had 245,700 employees, down more than 5% from December’s workforce.

Alibaba has faced intense competition in its core domestic e-commerce business from companies like JD.com Inc.,

and ByteDance Ltd. To play defense, the company ratcheted up spending in new areas such as discounted goods and grocery deliveries.

Henry Guo, a China tech stock analyst at M Science, said Alibaba’s commission and advertising revenue from sellers, a key metric for its e-commerce business, was better than analyst expectations and suggested improving monetization on the company’s flagship platforms Taobao and Tmall.

The growth of total value of sales on Alibaba’s flagship platforms was below China’s retail sales growth in the past quarter, Mr. Zhang said. Acknowledging competition, Mr. Zhang said Alibaba would focus on serving consumers with higher spending powers, while continuing to capture users in more rural areas.

Although regulatory pressure on Alibaba is easing in China, it is growing in the US Days after Alibaba said it plans to apply for a primary listing on the Hong Kong Stock Exchange, the US Securities and Exchange Commission last week added Alibaba to a list of Chinese companies at risk of being delisted from the US exchanges if their audit papers can’t be inspected before the spring of 2024.

Alibaba said this week it would “strive to maintain” its listing status on both exchanges. Executives did not discuss the matter further on Thursday.

Alibaba’s quarterly revenue in its reporting currency was at 205.56 billion yuan, compared with the year-earlier figure of 205.74 billion yuan. Net income attributable to ordinary shareholders fell 49.6% to the equivalent of $3.4 billion, based on an end-June exchange rate of about 6.7 yuan to a dollar that Alibaba used.

Alibaba’s financial-technology affiliate Ant Group, a third of which is owned by Alibaba, recorded an estimated net profit of 11.26 billion yuan in the quarter ended June 30, down more than 17% from the same period a year ago, according to The Wall. Street Journal’s calculations based on Alibaba’s earnings disclosures.

contributed to this article.