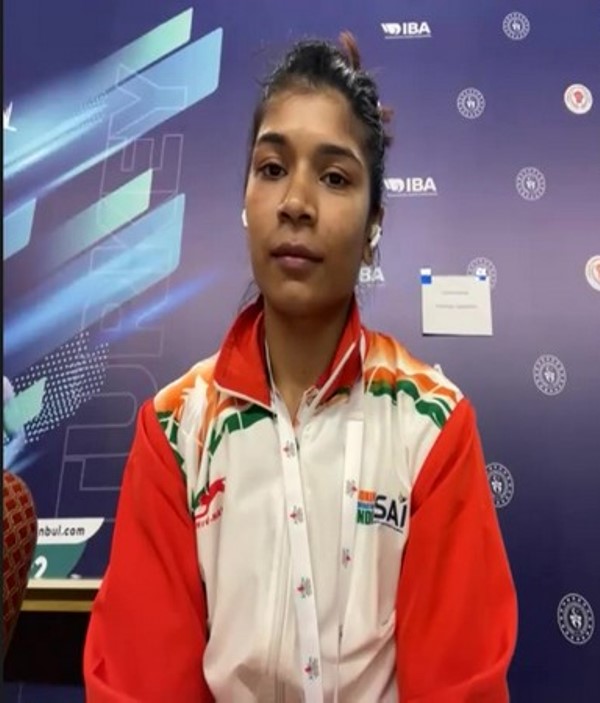 Indian women’s boxer Nikhat Zareen, who recently won a gold medal at the IBA Women’s World Boxing Championships, said on Thursday that she was “extremely happy” for her country to win the championship and her next goal was to enter the 50 kg category at the Commonwealth Games in Birmingham. Is.

“I am really happy and passionate that I won a gold medal for my country in the championship,” Nikhat told a news conference. I will dedicate this victory to my country and all those who have supported me. I will continue to work hard and give my best to fulfill my dream of winning an Olympic medal. I am preparing for the 50 kg category at the Commonwealth Games and trying to get into that category. ” However, when it comes to the 50 and 54 kg Olympic categories, Zareen has not yet thought about playing for these categories. On changing the weight class, Zareen said that it is a bit difficult for boxers and reaching the big weight class hurts them as they have to face strong boxers in events like Olympics.

He said, “I am currently in the 52 kg category. If I play in the 50 kg class, it will not matter to me because I have to lose 1-1.5 kg. If my body works well in the 50 kg class. I will continue to play in that category. ” Talking about the last two years of his career, Zareen said that he focused a lot on himself and his weaknesses and worked on them. The champion boxer said that a challenge for him is to keep his body on top and injury free while preparing for the Commonwealth Games.