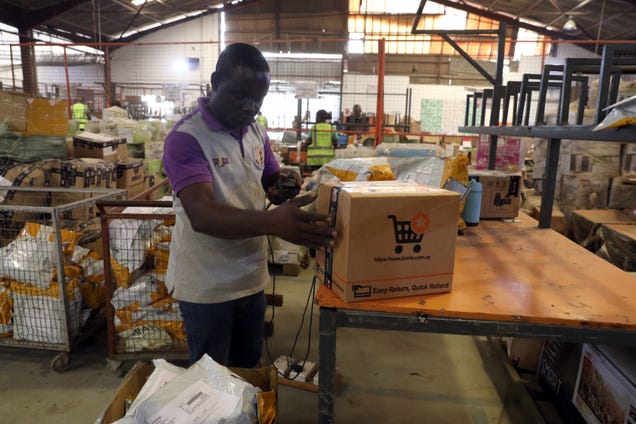 African e-commerce company Jumia posted revenue of $50.5 million for the third quarter of this year with a decline in operating losses (33%) and an increase in gross margin (29%). ) compared to last year, while active customers and the value of services sold improved slightly. These results come out barely a week after the company’s co-CEOs resigned since 2012—a decision that raised eyebrows in the industry as to the direction of the company.

The company said the results underscore its march toward profitability and that it will cut services that fall short of that goal.

One of these removed services is Jumia Prime, an Amazon Prime-like loyalty program that promised unlimited free shipping on all orders. Jumia launched it in June 2019 with a pilot project in three Nigerian cities for a monthly cost of 2,999 naira ($7), then expanded it to Egypt, Kenya, Morocco, Côte d’ Ivoire, Ghana, Uganda, Tunisia and Senegal. The premise of Jumia Prime was that regular buyers preferred to pay for a renewable subscription rather than being charged a variable shipping fee per order.

But the company now believes that e-commerce in Africa is “too early in the adoption curve” for this product, according to its presentation of the results (pdf), and will instead focus on understanding how to turn customers into repeat buyers.

“For the past two years, we have been testing the concept of a monthly subscription program offering free shipping to consumers. The results of this experiment, in terms of consumer attraction and adherence, did not meet our objectives because the market is probably not yet mature enough, which led us to suspend this initiative. ~ Jumia SEC filing, Q3 2022

Axing Prime is an important step for a new Jumia era: Jeremy Hodara and Sacha Poignonnec, co-CEOs since 2012, resigned on November 7. An interim CEO and a new board of directors have been in charge ever since.

Jumia will be more realistic about product-market fit

A presence in 11 countries makes Jumia Africa the largest online retailer in Africa, but the company’s operations will be more limited in the future. “We can’t be precise in our execution if we spread ourselves too thin across too many projects,” said Francis Dufay, the interim CEO who joined Jumia in 2014, in an earnings call yesterday (November 17).


The company will stop offering logistics as a service “in countries where the logistics infrastructure is not yet ready to support third-party volumes.” It will be held in Nigeria, Morocco and Côte d’Ivoire.

The vertical, in addition to advertising and marketing, was one of the company’s attempts to make more money by renting assets from other companies. Advertising appears to be doing well, with revenue for this vertical increasing 64% year-over-year.

In addition to the revenue cut, Jumia’s filing with the U.S. Securities and Exchange Commission (SEC) hints at an ongoing layoff exercise.

“We intend to generate further savings on personnel costs and are implementing workforce reductions in a number of areas of the business,” the company saidin a section describing general and administrative costs.

The relevant roles appear to be based in Jumia’s office in Dubai, where its executives tend to operate. More of the company’s senior team will move from there to Africa to be closer to the market, Dufay said on the call.

It seems to be going well: one in five items sold on Jumia between July and September was food, with the category growing 38% year-over-year. It was their second-largest category for the quarter by volume behind fashion, making it “a critical aspect of our value proposition to consumers,” said Antoine Maillet-Mezeray, executive vice president of finance and Jumia operations.

Jumia faces competition from international companies such as Bolt and Glovo in the food delivery business in Africa. In Nigeria, Eden, Chowdeck and CoKitchen are corporate-backed startups aiming for market share. Jumia bets on easy-to-use app and ability to connect customers to nearby restaurants for differentiation, but tight margins amid rising cost of food in Africa because of inflation could still prove difficult to maintain attractive prices. The company is already cutting grocery deliveries in some markets due to the unit’s poor economy.

As Jumia’s new management is eager to achieve new milestones that accelerate profitability, patience will be in order. A trend of slowing demand that began around September is expected to continue through December, with the fiscal year ending with an Adjusted EBITDA loss of up to $220 million. The company had $104.3 million in cash and cash equivalents as of September 30.