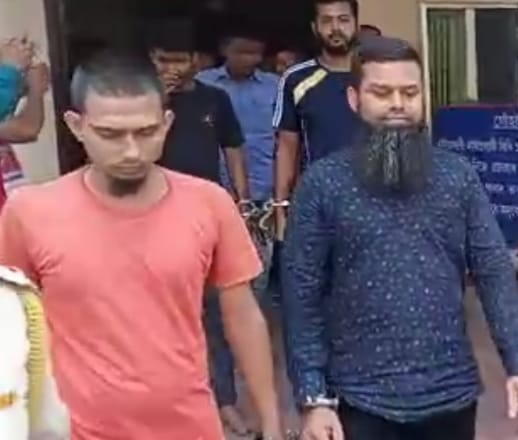 “Panchjanya” has already reported that radical Islamist groups affiliated to the Bangladesh-based terrorist network are trying to set up bases in Assam. Earlier on March 5, the police had arrested Saiful Islam alias Haroon Rashid alias Mohammad Suman. He is a Bangladeshi citizen and hails from Narayanganj district of the neighboring country. A top Assam Police source said that Saiful Islam was working as a teacher at Dhakliyapara Masjid in Barpeta district. The terrorists were arrested from Barpeta Road, Howli, Sarthebari areas based on an intelligence report shared by the Special Branch of the Assam Police. Barpeta police sources said that the arrested Bangladeshi national Saiful Islam was the mastermind of the jihadi network in Assam. He was tasked by his masters to spread Islamic terrorist network in Assam. After the arrest of Haroon Rashid on March 5, the Assam Police is succeeding in breaking the jihadi network.