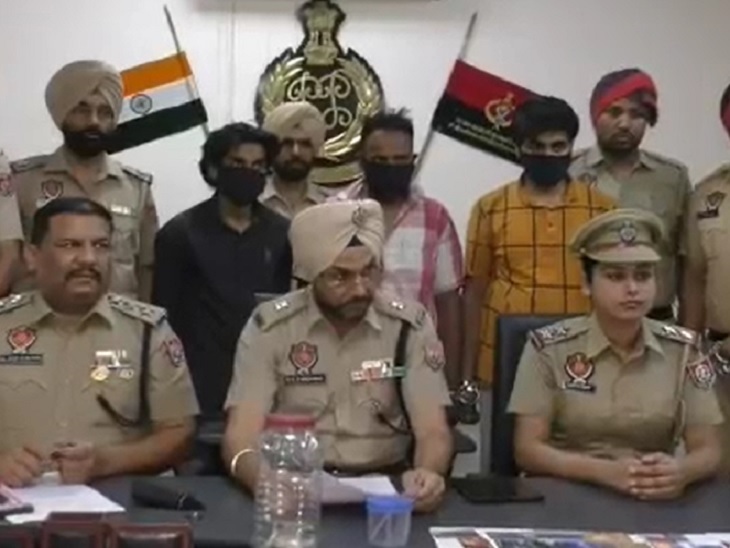 3 youth arrested for withdrawing money by changing ATM: In Ludhiana, a woman was victimized on the pretext of helping; 31 bank cards and 2 bikes recovered

Police officers giving information on the arrest of thugs.

In Ludhiana, Punjab, three youths changed the ATM card of a woman and withdrawn Rs 10,000 from her account. After getting information, the police swung into action and nabbed the three youths. Apart from 31 ATM cards of various banks, Rs 10,000 in cash and two bikes have been recovered from their possession. Police are interrogating them and trying to find out about the incidents.

ATM card changed on the pretext of help

Suman Pandey, a resident of Surjit Nagar Gyas Pura, Ludhiana, said that she entered the HDFC Bank ATM cabin at Sua Road Gyas Pura around 8:15 pm on Saturday night. Where he tried to withdraw money, but the money did not come out. Some youths present there did not know when his ATM card was changed on the pretext of helping him. After that she returned to her home. Meanwhile, a message came on her husband’s mobile to withdraw 10 thousand rupees. After this they came to know that she had become a victim of deception.

They got into the hands of the police

Suman immediately complained about the matter to the police of police station division number 6. The police swung into action as soon as the information was received. Investigating officer Lakhbir Singh said that three youths who cheated by changing ATM cards have been arrested by the police. These include Harvinder Singh and Ajay Kumar, residents of New Amar Nagar and another. Police have recovered cash worth Rs 10,000 including 31 different ATMs and two motorcycles from these miscreants.